Contact Person: Mark Christensen, Manager
Phone: 021 489 175 or 03 548 3885
Website: www.statecinemas.co.nz
Details
Capacity: 148 + 103 + 77 + 57 + 36 + 31 + 29 +20-30 + 20-30
Screen: Nine screens, with 3D on three screens. DCP. There is capacity for 10 screens.
Sound: State-of-the-art systems, (HPS 4000), with great sound
Seating: Fixed, comfortable seating in all cinemas, with recent upgrades. Online booking and self-service ticketing available.
Snackbar: Liquor licence. Good snack bar. Pizzeria upstairs provides pre or post-cinema dining, and has a reputation for the best pizza in Nelson.
Accessibility: Good access, with lift to upstair screens
​Geoff's Review
​The State deserves its name,  as a stately building on Trafalgar Street in the Nelson CBD. In many ways, it reflects the dedication to the arts and culture which is often seen as a special characteristic of Nelson. Beyond the grand facade (built in 1936), there is a myriad of film offerings, with numerous daily sessions across nine screens, which range from large auditorium to boutique screens. Mainstream and 3D features are screened on the larger screens, whilst 7-10 films are scheduled in smaller screens, as 'Arthouse at the State'.

Nelson obviously prides itself on having such a grand cinema in town and such a range of contemporary film, and it does attract an educated, cosmopolitan audience--as well as family and child audiences. It is a very pleasant , welcoming cinema to visit. It is particularly busy in the summer months.

It also helps that it is run by Mark Christensen, who has had a long career in film exhibition in New Zealand and really knows how to provide for a wide range of film interests. He also share his knowledge generously around the film exhibition community.

The State also has an adjunct in the  Suter Cinema (see Suter Gallery); a core feature of the Suter Art Gallery which has recently had extensive renovations . The Suter Cinema screens art house titles and hosts the Nelson Film Society.
​Dec 2019 update:  The State Cinemas have had a spanking-new paint job and manager Mark continues with plans to add more features to his  independent, near-perfect cinema  complex. Check out the film images on the wall facing the street. 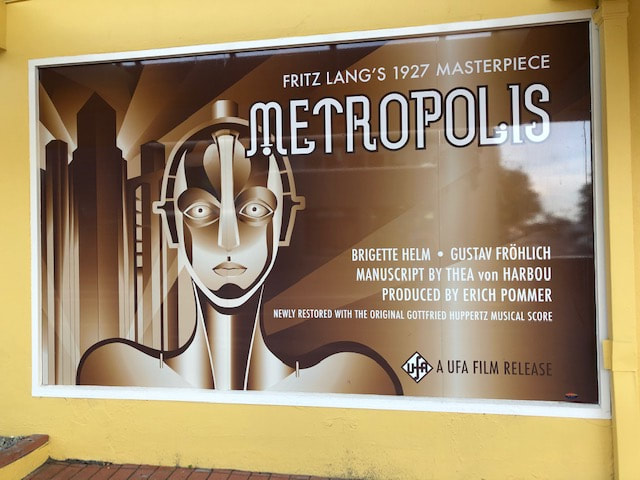 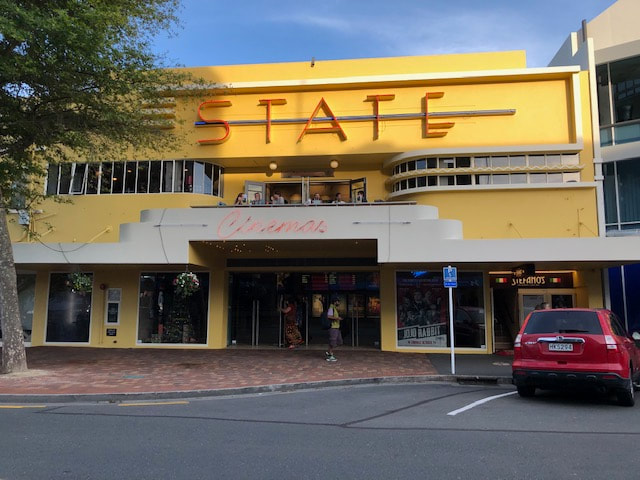 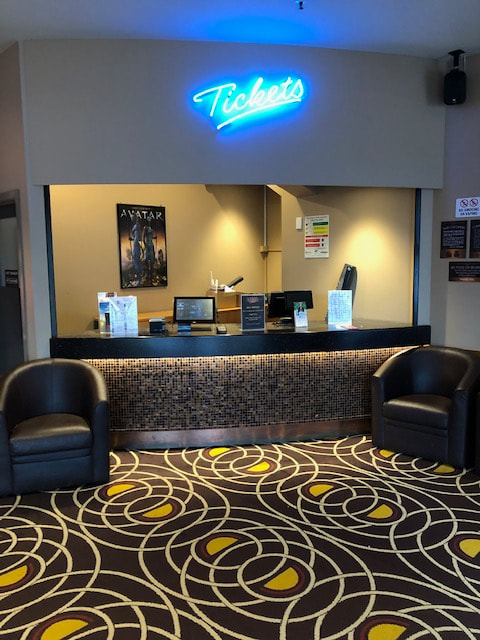